Design of a dynamic, engaging visitor guide for the John Hansard Gallery exhibition Eyes For Blowing Up Bridges: Joining the dots from the Situationist International to Malcolm McLaren, 26 September – 14 November 2015. It was essential for the guide to draw upon elements of the exhibition and includes, for example, my collaged ‘psycho-geographic’ map of the gallery, inspired by the 1950s cut-up maps of Guy Debord and Asger Jorn.

The exhibition presented rarely seen material, including cut-ups, film, video, sound and slide, as well as self-published books, pamphlets, anarchist propaganda, punk ephemera and graphics, that examined the creative interplay between William Burroughs, Guy Debord, Asger Jorn, Alexander Trocchi and King Mob, and their collective influence on Malcolm McLaren in his endeavours to disrupt the cultural and social status quo from the 1960s to his premature death in 2010.

Eyes For Blowing Up Bridges was a John Hansard Gallery exhibition curated by David Thorp and Paul Gorman. With special thanks to the Malcolm McLaren Estate. 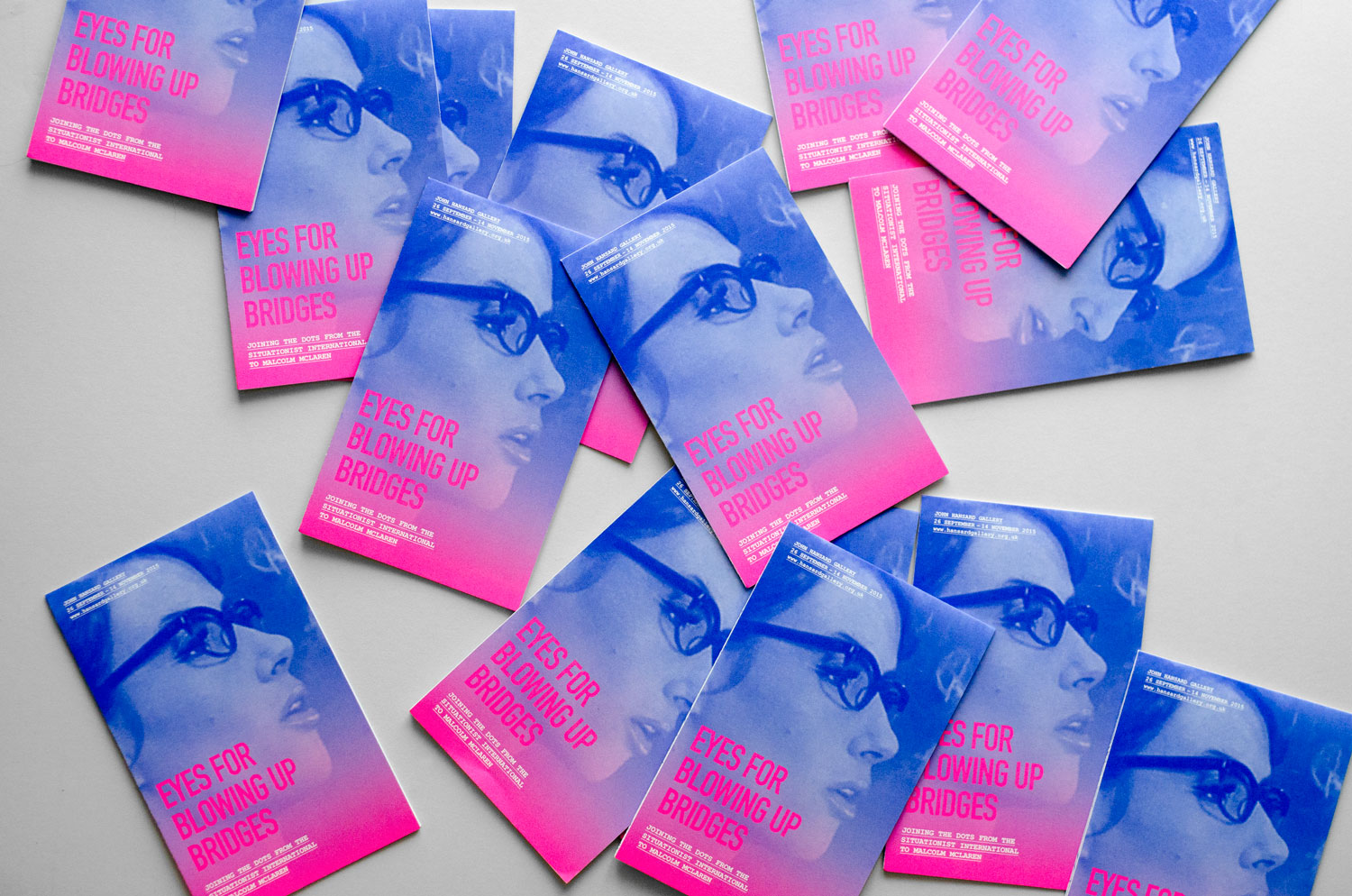 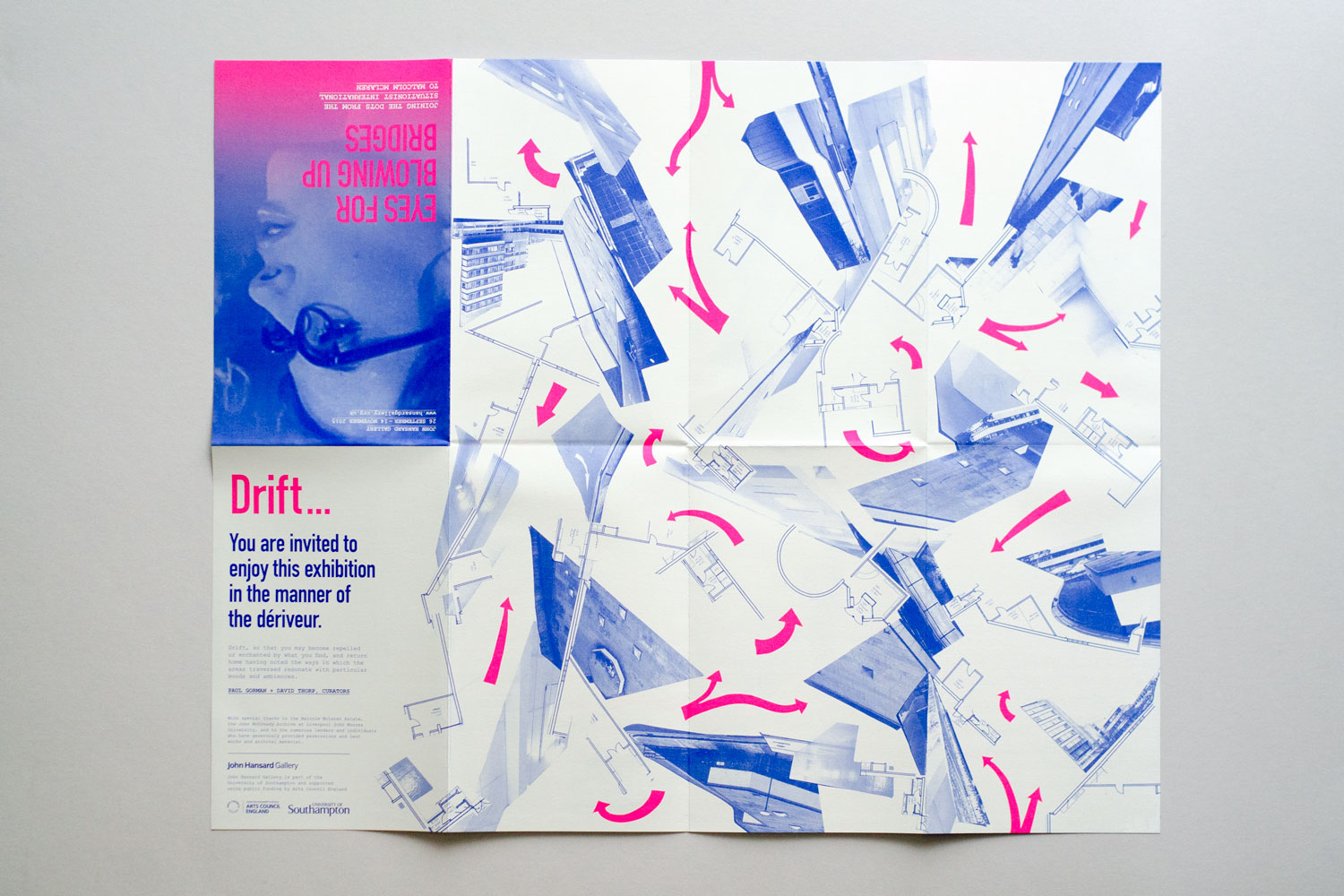 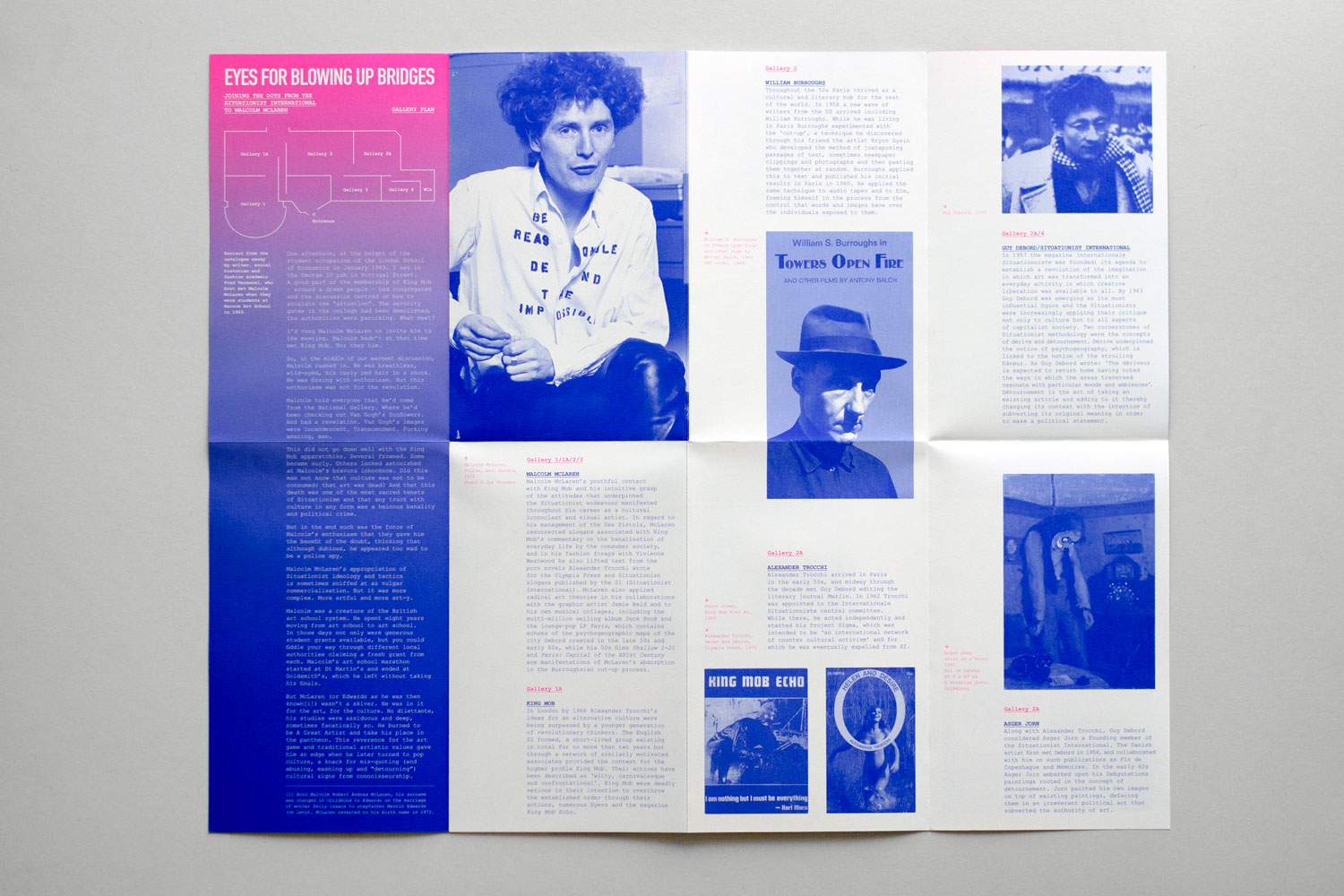 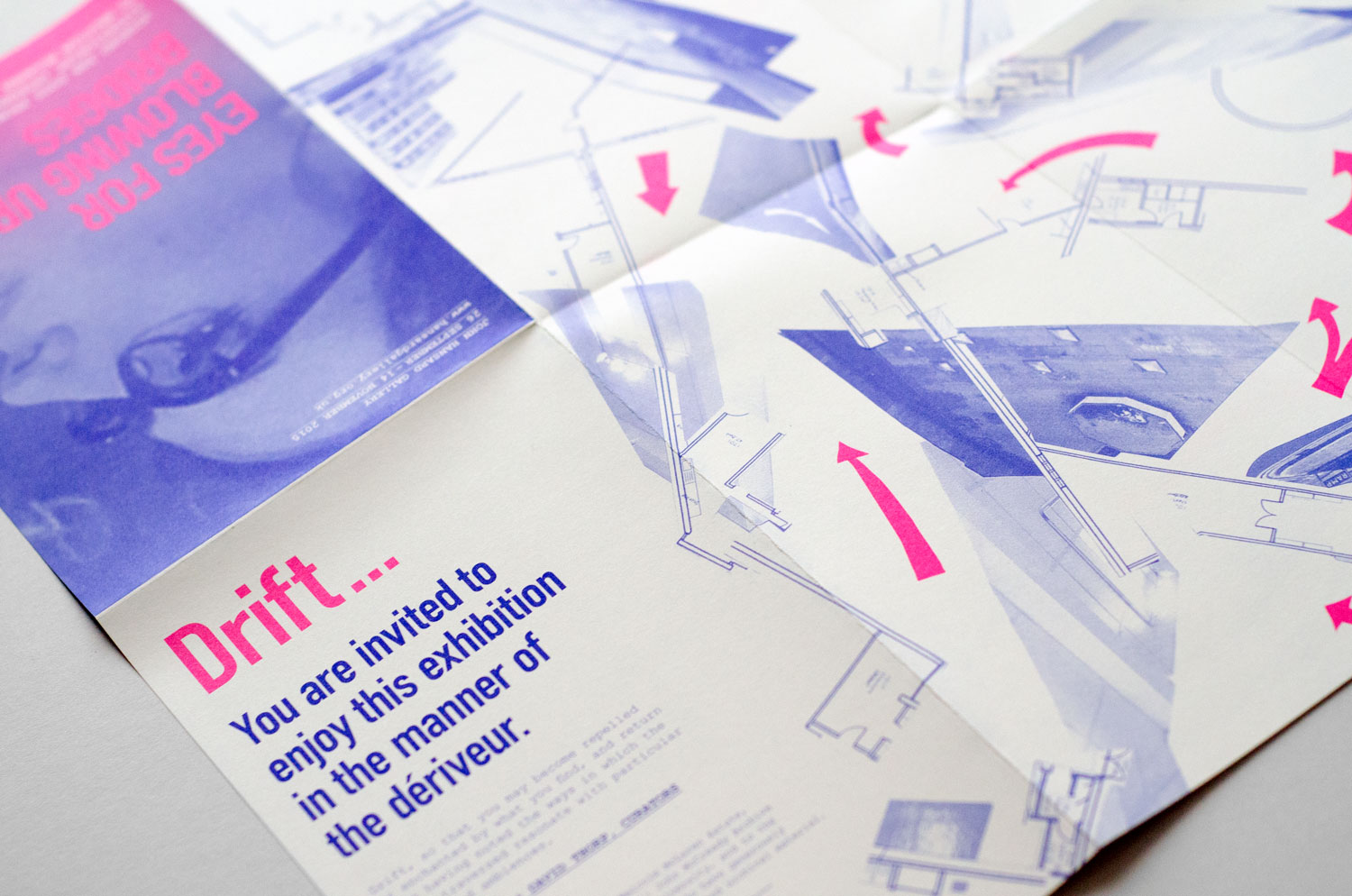 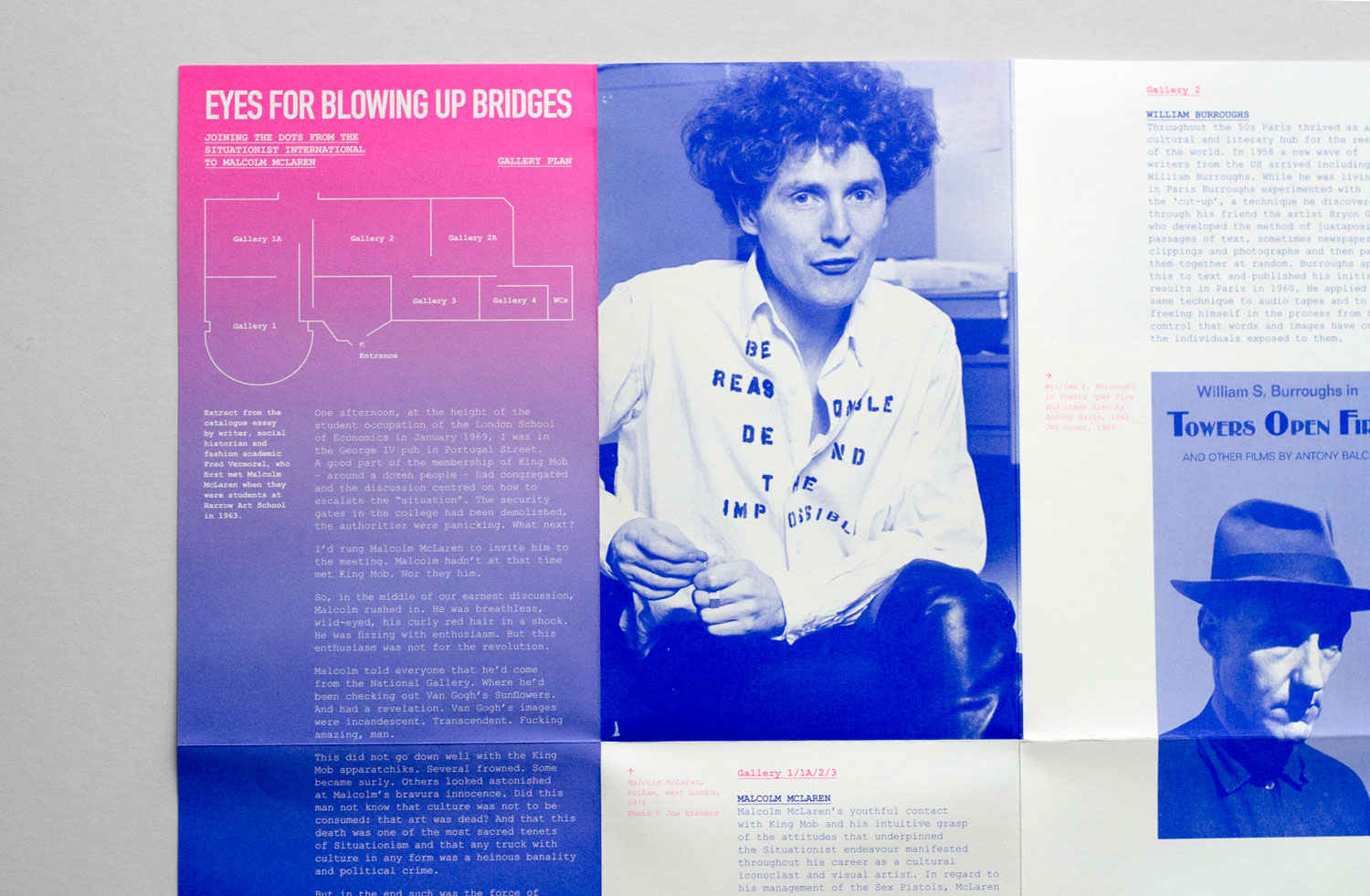 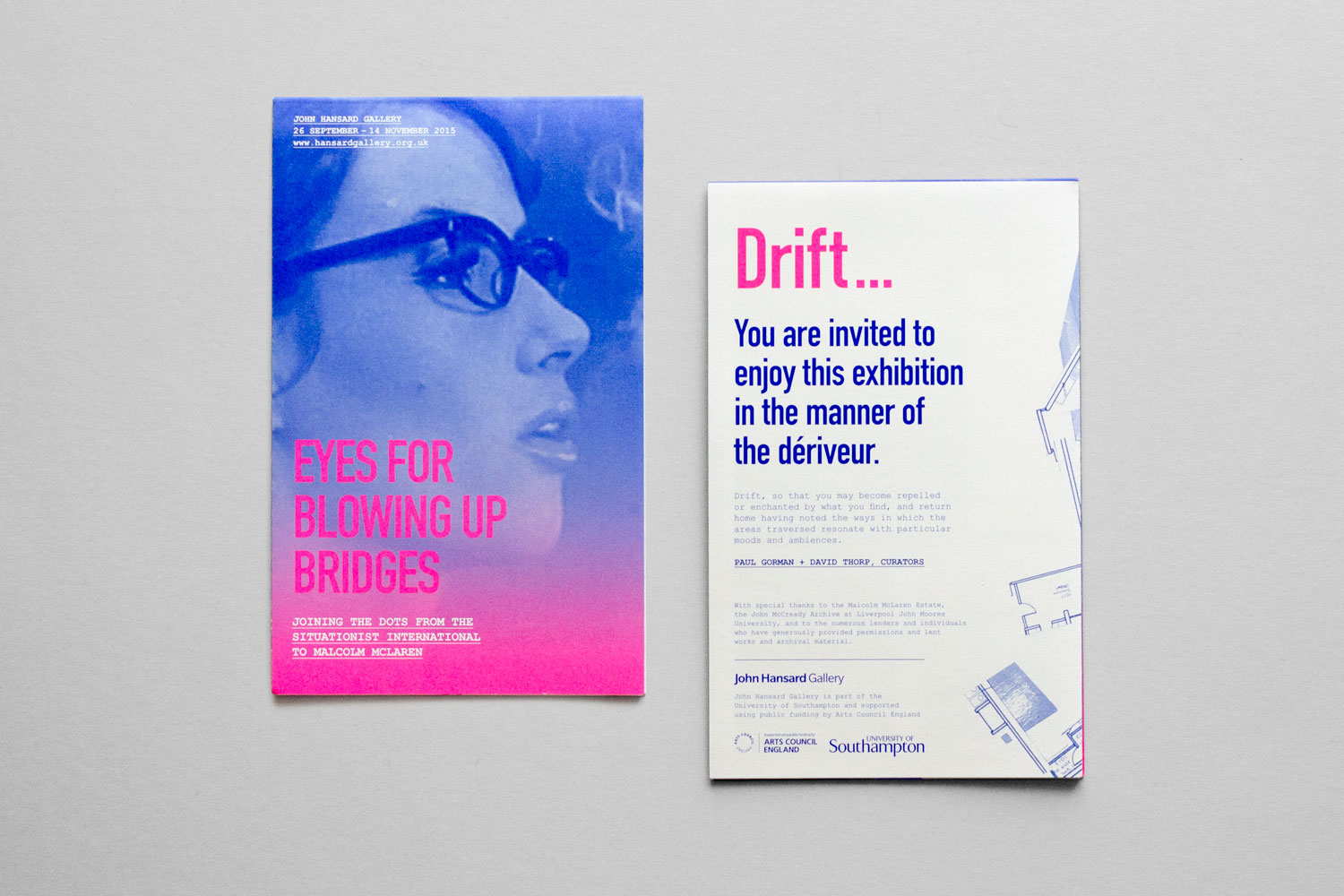